HELPING YOU LIVE THE LIFE YOU CHOOSE IN YOUR COMMUNITY

IN FAMILY CARE, PARTNERSHIP AND PACE

Joe was ready to move out of his parent's home. A group home had been considered, but Joe preferred to be in a more independent setting. Joe and his parents decided to explore what supports could be put in place through self-directed supports. 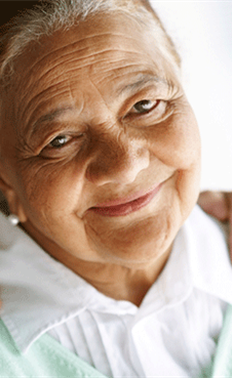 Support is key to making Self-Directed Supports work; supports are not
just "assigned" - they
are freely chosen.

Self-directing expands opportunities; it includes the ability to take risks, make mistakes and to
​grow from them.

Doug is a member with an intellectual disability. When he graduated high school he had no interest in attending a prevocational program. Doug identified he wanted to be employed, but did not have many interests and did not want to work with groups of people. It was identified that he really enjoyed working with animals. Doug's dad was hired by Doug through Self-Directed Supports a few hours a week to help him build his business. Doug was able to identify neighborhood dogs that needed to be walked. His dad continued to assist him to develop his business and Doug now has a steady income doing what he enjoys most, spending time with animals.

Beth was part of a prevocational program, but she did not enjoy this type of work. It was discovered that Beth was happiest when working in the garden. With the help of her care team and her family a local nursery was found and willing to hire her. A co-worker was identified and hired by Beth to be her job coach. Beth works with her co-worker to identify when she needs support at her job.

Jessica has a lot of medical care needs resulting in frequent medical appointments. Being compliant with and timely for medical appointments is important for Jessica's health. Jessica previously tried to use contracted providers, but found she spent more time waiting for her rides than she did with her healthcare providers.

Jessica decided to self-direct her transportation services. She found an individual from her church that was willing to provide her transportation to and from medical appointments. Self-Directed Supports were set up to allow payment for mileage reimbursement. Jessica decided she wanted to use a credit card to be able to pay for mileage. Two months of budgets are loaded on to the credit card and Jessica manages the card to pay for gas.